You might be heading to Mallorca in couple of weeks, and hopefully have the hotel already for the stay. In case not, I give you some hints here, as well as some tips for your stay on Alcudia 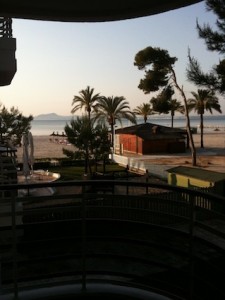 The water is getting warmer in Alcudia bay :-) 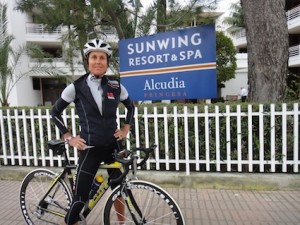 A part of my training down here on Mallorca of course is the swimming training in the sea, with wetsuit. It is important to get into the water with the wetsuit to get use to the way of swimming in neopren. And I can tell you that the neopren down here is definitely  still needed when jumping in 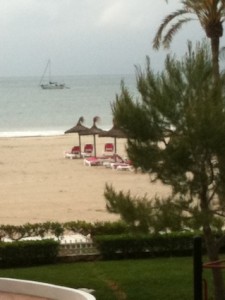 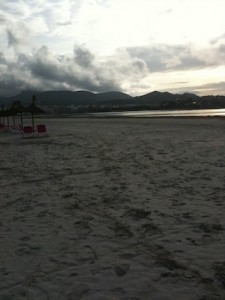 70.3 swimroute with a quiet weather and calm waters, excellent! 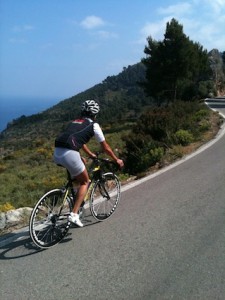 On the mountains in Mallorca 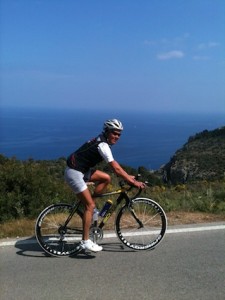 As fun as the racing can get, as irritating it can be sometimes… Why? Well let me tell you: when you train, you taper, you registrate yourself to the race, wake up in the morning to be ready… and you are not ready, but have got a cold during the night, then it is a bit irritating 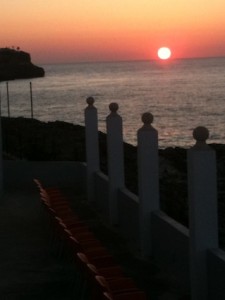 After an early bird flight, arrived finally to Mallorca

Even the flight was direct and took only 2,5 hours, it did not go without problems: 1 bag did not arrive!! And that was the one with the pedals, Maxim energy stuff etc. But as I have decided to be just a lucky one this year

the bag arrived 2 hours later, so we were hanging around in the airport, and enjoyed the pleasent Mallorcian temperature, and were relaxing down by the beach. 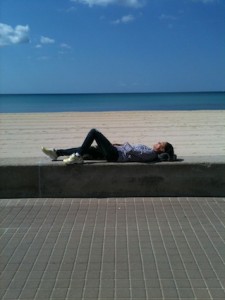 relaxing on the beach after the early flight

Yesterday was a kind of training day, that would have been better to plan without the Danish Meteo Institut, as they made a big mistake when the rain was suppose to arrive

But ok, they can also make mistakes…  though on a Sunday, it costs many wet bikers