World Championships in Kona is over for 2010, with unexpected results and happenings

Chrissie Wellington, the PRO woman, who has won the race the last 3 years, did not appear to the startline: the reason was that she did not feel well…?

Julie Dibens, an englishman who never did full Ironman before, neither was in Kona before, got to be number 3, and was out there in front for a long time, what a strenght!

Chris McCormack won the PRO men; he did win once before, but was not this time one of the very strong contender to win the hole game. He was really showing the mental game in the run, beating Andreas Raelert on the last mile. But it all started when he made 2 strong moves on the bike.

Craig Alexander, two time winner, and one of the biggest favourites, got to be number 4. He lost around  7 min for “Macca”, but had the best split in the run. What are his plans now after the race, is he gonna go for the 3. win in 2011… I think so. I wanted to see him change the bike, to get a better bike and to fokus on the bike for the comming year. He has one more win in him, i really belive that.

The Danish PRO triathletes: Rasmus Henning got to be 23. and Martin Jensen 18. What happened??? Rasmus was one of the favourites to win the race?? For Martin pretty good race, he says himself, and Rasmus; a day full of unpleasant and unexpected surprises.  He is 35 year old, and still has the chance, I think he will take it, he has the talent and now some hard learned experience.

This is what I want to say: racing in Ironman you never know. You can train hard, stay calm, stay well, be ready… A big win is already to get to the startline, but in the race, and on a raceday, you cannot be 100% confident about your plans… You never know what the day brings. so you need a plan B, and even a plan C.
It is all about getting to the startline… be focused 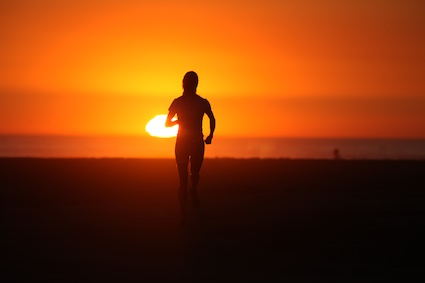 it is all about getting to the startline