I was there yesterday (also today)

Not racing, but this time as support to Michelle Vesterby, who is coached by Frank, my husband, and who I have been a nutrition advisor for, during this year. You learn a lot when racing but you learn also a lot when watching a race… and this is what I will use in my next Kona race

First time for me not racing, but watching an Ironman race, strange… but very motivating… I am ready to rock and roll soon 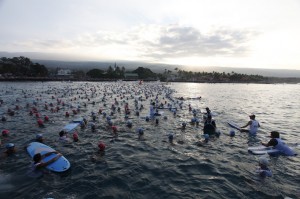 Yesterday was a long day  for many of the athletes, in warm and humid temperatures here on Hawaii, Big Island. Over 2000 triathletes were with in the race again, and the conditions were like always; warm, windy and humid. Temperature during the marathon went up to 35 degrees!!! So you want to survive the race… you have to have your energy, liquid and electrolyte intake well planned, not just on the race day but already the days up to the race…

And again like I say, it’s all about standing in the startline, well prepared and fit for the fight. Like Cameron Brown, a “Kiwi”, the one who has so many Ironman titles, and the one we were sharing an apartment with in Boulder, got sick…just the days before the race. The empty feeling, when you put so much into your training, and then must pull out, just before standing on the startline, the empty feeling is difficult to describe.

But there were many who were struggling, who had a great race, did the both, or were just experiencing how to race on Hawaii. And once you have been there… you want  to go back… it is just like that it is… you get hooked, sounds crazy, specially when you know how hard the race is… but this is how the Ironmen are…!
There were also around 20 danish triathletes racing yesterday, and I was actually really happy to have possibility to be with and cheer for the ones I saw on the road, as I know myself how important it is to get a bit backup on the way
Here some of my favorites from yesterday : 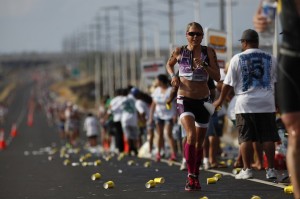 Fantastic Michelle Vesterby ending up in her first Kona attempt on 12th place! 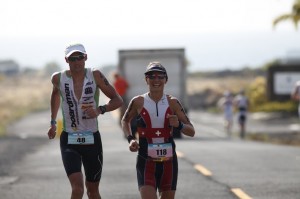 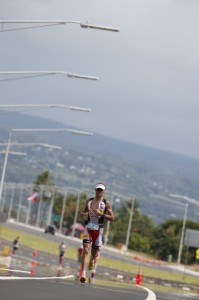 Craig Alexander, 3 times champion, did not win this year but showed how a true champion is doing when all is not going as expected, still my big idol :-) 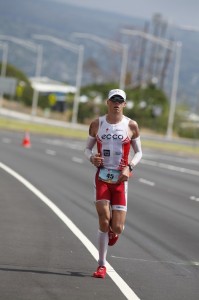 Tough day on the road… looking forward being with in 2013… Yes, did I say the Ironmen are crazy